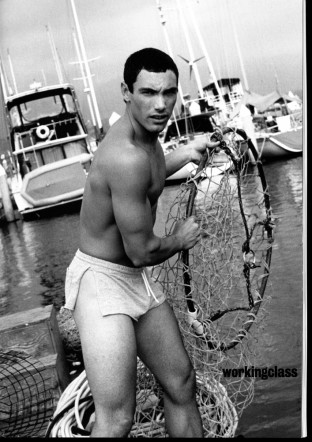 Werker 2—A Spoken History of the Young Worker

The new edition of Werker Magazine. Werker 2—A Spoken History of the Young Worker presents images and documents that have been compiled from secondhand bookstores, online booksellers, personal archives, and street markets over the last few years. The selected documents originate from different geographies and historical contexts.

The body of the young worker is at the very core of this research: a body that is disciplined in schools, educated at home, and put to work, often for a meager salary, and at times obliged to migrate. This is a body that is also at work when it rests, rejuvenating the leisure industry with its youthful expression, consuming in order to stimulate additional injection of capital. Nevertheless, the body of the young worker is a body with the capacity to revolt. It has political agency and fights exploitation, imprisonment, expulsion, and murder.

Since its invention, photography has been closely related to power. Its mimetic capacity to replace anything that consists in a complex reality with its unidimensional representation made it the perfect instrument to dominate our world. Photography, the archive, the encyclopedia, the museum, and mass media constitute different instances of the same project: the positivist endeavor of creating types, canons, models, and roles to explain the totality of history, and of the present, in order to reinforce the ideological structures in power.

Next to the male narratives that constitute history as we are taught it in school, there is a “spoken history” that was not written or that has been discharged from the history books. Walter Benjamin, in “Theses on the Philosophy of History” (1940), introduces the notion of the “tradition of the oppressed,” which he defines as the medium in which the present is connected to all lost causes and the struggles of those who have lost their histories.

Rethinking the relationship between photography and history through Benjamin’s “tradition of the oppressed” and his “dialectics at a standstill,” Werker Magazine proposes a stage for queering history. How can documents from different instants in history be performed by readers? Pre-organized local collectives or any engaged visitors are invited to perform this archive using the microphones and tools provided in the exhibition space. All recording sessions will be uploaded to a Soundcloud archive and broadcast in collective listening sessions, transcending the borders of the museum.

Werker Magazine   is presented as a part of Imagineering—(Re)activating the Photographic exhibition.

Werker 2—A Spoken History of The Young Worker and Image Act were first presented as an installation in the exhibition Imagineering—(Re)activating the Photographic at Bunkier Sztuki Gallery of Contemporary Art as part of Krakow Photomonth 2016. A co-production of the Foundation for Visual Arts, Poland and Fotomuseum Winterthur, Switzerland, as part of SITUATIONS/Proletariats.

With the generous support of Mondriaan Fund and Manifesta 11 Zürich 2016.

Werker Magazine is a publication about photography and labor, initiated by the visual artist Marc Roig Blesa and the graphic designer Rogier Delfos. Its starting point is the Worker Photography Movement, a group of associations of amateur photographers that appeared in Germany in the 1920s, part of the legacy of the first socialist photography experiments in the USSR, which extended into the rest of Europe, the United States, and Japan. The publication takes an interest in working methodologies based on self-representation, self-publishing, image analysis, and collective learning processes. Each issue is produced and distributed in a different context (a fine arts academy, a museum, a neighborhood, the Internet…), thus exploring strategies of interaction with specific audiences.