A New Display: Visual Storytelling at a Crossroads 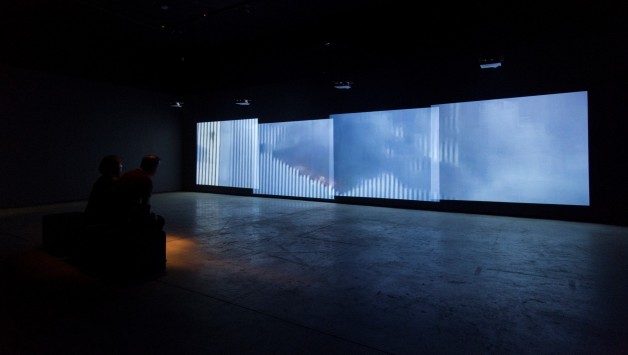 Within today’s shifting media landscape, documentary photographers are challenged more than ever to rethink the strategies they use to reach and entice their audience. Is there a future for the in-depth visual story and the long-form documentary project? In the last decade, a range of technological innovations has potentially opened up the practice of documentary photography.

The exhibition A New Display: Visual Storytelling at a Crossroads taps into these developments by showcasing six projects from photographers who leave the beaten path. In their need to tell and design visual stories they have employed narrative constructions and editing techniques more akin to filmmaking, gaming, or literature than to photography as we once knew it. These photographers, who often act solo, have therefore also collaborated with graphic designers, film editors, sound designers, journalists, and interactive developers.

A New Display highlights visual stories on, among others, the global heroin trade, the photo album of a high-ranking SS officer, the lockdown of a neighborhood, and a radio soap in Rwanda. With the help of contemporary storytelling techniques, the authors share their personal beliefs and convictions about the social and political topics that matter to us all. In doing so, they show the power of the photographic documentary tradition in an era where single images and photographs are ubiquitous but often lacking in context.

Iris Sikking (1968, Amsterdam) is an independent curator and researcher based in Amsterdam. Since completing a master’s degree in Photographic Studies at Leiden University, she has worked on monographic and thematic exhibitions, including documentary and video art projects, in the Netherlands and abroad. The group exhibition BABY. Picturing the Ideal Human 1840–now, compiled for the Nederlands Fotomuseum Rotterdam (2008) and taken to the British National Media Museum (2009), included the work of Julia Margaret Cameron, Nan Goldin, Rineke Dijkstra, and Boris Mikhailov. The project ANGRY, Young and Radical (NFM, 2011), on the representation of the radical, featured work by Johan Grimonprez, Joel Sternfeld, Ad van Denderen and Willy Doherty. Sikking recently curated two exhibitions for Jeffrey Silverthorne and Yann Mingard at Fotomuseum Antwerp. She was co-initiator and organizer of the PhotoStories conference series on digital storytelling in the Netherlands in 2011 and 2015.

Sikking is a lecturer in the Film and Photography department at AKV|St.Joost (Breda, NL). For five years she served as a board member at Paradox (Edam, NL). Before she became a curator, she was a film editor for creative documentaries, as well as head of programming at Art House Cinema Kriterion (Amsterdam, NL).

The exhibition supported by the Mondriaan Fund.